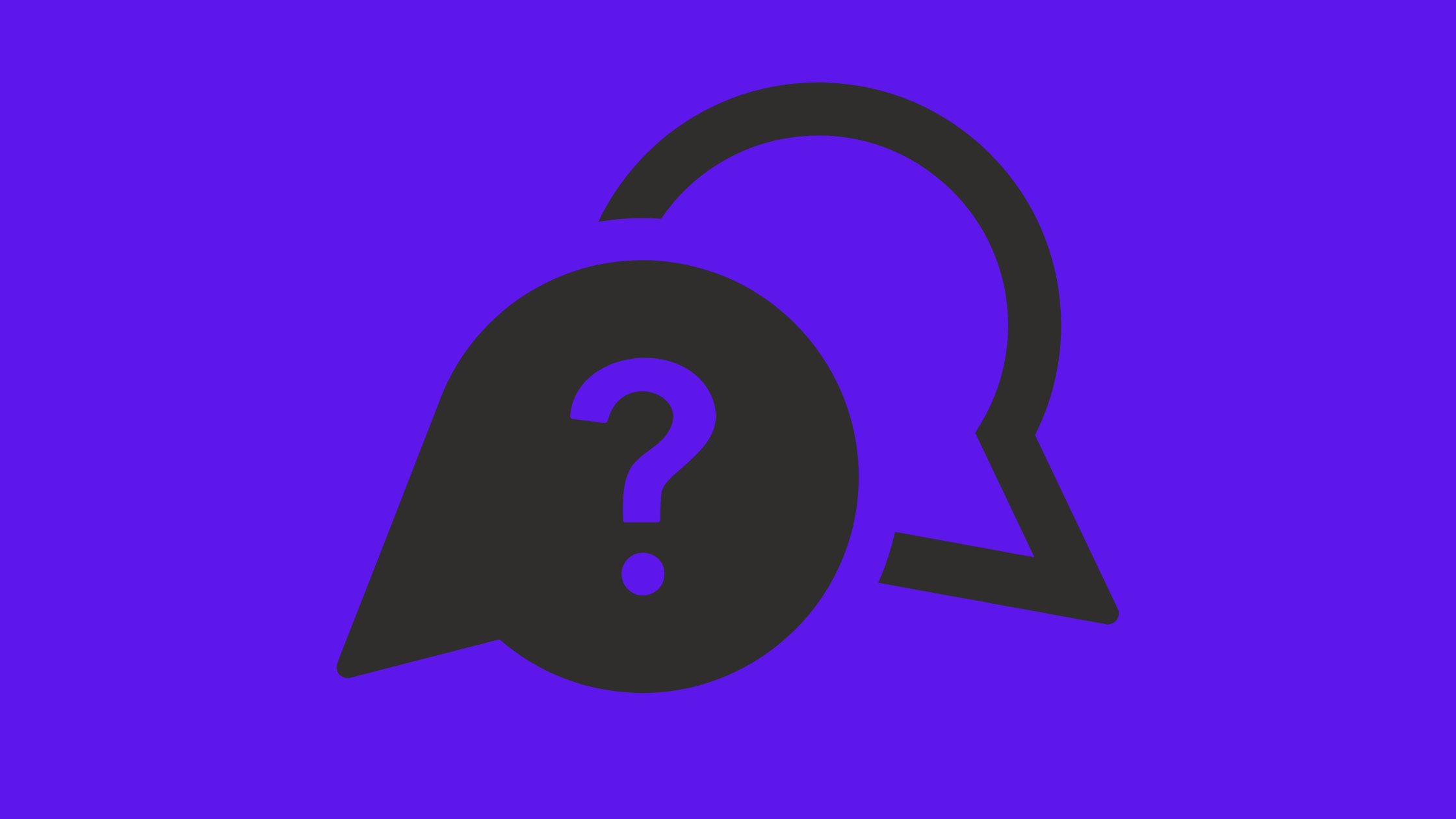 Susan Benton has announced she will step away from her position as President/CEO of the Urban Libraries Council after almost 13 years of service. Susan has worked with libraries and local governments for over 35 years. Her professional career began with assisting city and county executives with initiating and managing change in their organizations so that citizens and businesses are receiving the strongest possible services. She came to ULC from her position as Research, Development and Strategic Partners Executive at the International City/County Management Association.

Doug Crane, Palm Beach County Library System Director and frequent contributor to Public Libraries Online, spoke with Susan in February of 2022. Below is an edited transcript.

Doug Crane: Take us back to the beginning. What was the career path that brought you to the Urban Libraries Council?

Susan Benton: It’s really a combined personal and career path. When I was five, my family visited relatives attending Johns Hopkins University in Baltimore. The neighborhood was very urban and a little edgy for a suburban kid from the DC metro area. It was eye-opening for me. I loved the vibe of Baltimore and it was my first real memory of being in a working man’s city. That excitement never left me and unconsciously it led me into a career of working with cities and counties.

Prior to coming to ULC, I worked for thirty years with mayors, county executives, and city administrators, but never with libraries. It was through a serendipitous conversation that I had with the Gates Foundation that sparked the “aha” moment about how libraries were working on every issue that I was talking about with mayors and county leaders. Libraries are the one public institution, whether as an independent library or part of a city or county organization, that sees the broad view of their jurisdiction, while at the same time understanding the neighborhoods because of their branch locations. It was sheer good fortune that I went from working with cities and counties to working with urban libraries. Truly one of the luckiest things that has ever happened to me.

DC: How has ULC changed under your leadership both internally and also in terms of its relationship with members?

SB: When I first joined ULC, we had a very small staff and were located in Chicago. We made the move in 2014 to Washington D.C. which was important for us. While some thought ULC moved to Washington to lobby on Capitol Hill, we moved to D.C. so that we could be closer to allied organizations that are important to libraries. The work that ULC is doing to transform the lives of people in our cities and counties requires us to work with organizations here in Washington D.C., such as the National League of Cities, National Association of Counties, the Council of the Great City Schools, the Council of Large Public Housing Authorities and others. They are truly sister organizations with very similar missions to ULC. We now connect with them to extend our work. The move helped us take a stronger position for urban libraries. We are constantly in conversations with colleagues in the public sector and private sector so that we can educate others about the essential contributions of libraries to all aspects of life.

DC: In terms of membership how has that changed over the twelve years?

SB: When I first joined, the ULC bylaws stated that we could only have members serving areas with 100,000 population and above. The Executive Board determined the population of a jurisdiction was secondary. Instead, it’s the leadership of the library that makes the defining characteristic of whether it’s a member of ULC. I have watched ULC executives become stronger every year in their leadership role. Libraries are ever more essential to their jurisdictions and that is because of library leadership. ULC library executives run large public corporations with hundreds of staff, large inventories, transportation fleets and multiple lines of business across multiple facilities. The range of the things they do frankly outpaces many in the private sector and libraries do it with many fewer resources and under a harsh spotlight.

DC: What do you believe is ULC’s biggest impact on its members?

SB: More than any other department or agency, public libraries are really adept at breaking down old silo walls and creating cross-boundary relationships. Every one of the issues that we’re all struggling with is very complex and there isn’t one profession or entity that can do it alone. Public libraries by virtue of being in the community and having a history of creating these cross-boundary relationships set the stage for others to follow.

One of the initiatives that ULC library leaders did beautifully and our libraries are continuing to build on was the White House library card challenge. Parents, business leaders and city/county leaders are all invested in the success of our children – in their education. Children are the future of our families, our jurisdictions, and the future of our nations. The education systems in both the U.S. and Canada are challenged and public libraries can be excellent partners to schools. Yet it was difficult to engage with school superintendents who are overwhelmed by mandates and more. Nationally, with the Obama White House, ULC brought together city and county executives, library leaders, and school superintendents for the first time.

Of course, library leaders have always wanted to ensure every school child has a library card yet we don’t have access to every student. Having the city/county, school and library leaders together helped to establish that we are all invested in and working on behalf of our children’s education. Together we are stronger and can accomplish more by ensuring that libraries’ resources – our makerspaces, programming, books, dedicated staff, and more – are easily available to every student. We established a model that is increasingly being used across the United States. And today, many of our schools and libraries have gone beyond card distribution to deeper partnerships that heighten the use of the library for supporting all aspects of children’s education – from social/emotional development to academic achievement.

This initiative has been followed by libraries working with their public housing authorities and bringing in their elected officials. For example, Cleveland Public Library has an incredible partnership with their public housing authority. This nontraditional, but very 21st-century partnership, is making a difference in the lives of people living in public housing. Libraries aligning with other agencies like parks and recreation, economic development, hospitals and public health agencies are powerful and can really change the future.

DC: What do you consider your greatest accomplishment at ULC?

SB: It is our engagement with members and this is a real tribute to ULC staff. It is the way that the ULC members are working together. When we start any project or initiative, our members jump in to inform us about what they are doing. The depth of conversations that the ULC staff and ULC members are having every day is amazing and those discussions guide our work. Building these relationships is a great accomplishment.

DC: What one particular challenge or issue facing public libraries right now is your biggest worry?

SB: The challenge to democracy in the United States and Canada. I know that we’re all concerned about whether people will come back to our public libraries after this horrific pandemic. I think people will come back, but they come back tattered and exhausted from being in isolation. We’re depressed, we feel alone, we’re angry, we’re polarized in how we talk with one another, and too often not civil. We are hurting from the downturn in our economy and the impact of that on our families. And importantly, we come back after being confronted again by the harsh reality of systemic racism and the everyday toll it takes on each of us. Add to this social media and daily news that is sensationalized, polarizing and that may or may not be true. Democracy is sacred and the values and behaviors that have historically maintained it are eroding.

Libraries are integral to democracy and right now there is an important space for us to hold in its survival. We are in a unique position. I don’t know of any other public institution that can engage with leaders and citizens alike, to convene critical conversations and to be unrelenting in educating the public about evaluating information for its veracity and the credibility of the source. This is a critical work and and not easy.

In the past two years, in a global pandemic, we had the largest exodus of public health officials in the history of our country. Several thousand officials have either been fired, forced to resign or left their position because of political pressure. Public library leaders are next in line and we already see this occurring. We must stand together. It’s going to require a lot of courage on our part.

DC: What gives you the most optimism about the future of public libraries?

SB: It’s the library leadership I see across the United States and Canada. Your voices give me the most optimism. You all see injustices and you act.  You have the ability and the resources to make a lasting difference in an individual’s life and at the community level. I admire your willingness to take risks and to lead change within your organizations. As local leaders, you’ve established important partnerships and you are breaking down old silos and building new systems. Library leadership is not easy, but it is the leadership and work our communities and countries need now.

Doug: One final question – what are your plans post ULC?

SB: Oh, my gracious that is the question of the hour. I don’t know yet. I’m hoping that something is going to show up. When I decided to step away from ULC it was the hardest decision I’ve ever made professionally. I believe that it’s important for leadership to change and twelve years is a long time at an organization so it seemed it was the right time for ULC to have a new leader. That said, I am still passionate about everything that public libraries do to make the world a better place for all of us. I’m still passionate about urban life. I hope something will appear that continues to engage and excite me as much as the work at ULC.